If Kenya Were Your Home

Kenya, in eastern Africa, is the size of Texas. With 53 million people, it is the 27th largest country in the world by population, with 4.4 million of its residents living in the capital of Nairboi, where your airplane will most likely have landed. Leaving Nairobi, you travel northwest along the highway, crossing the equator, until you reach Eldama Ravine, the nearest town to EBCCK.

If Kenya were your home instead of The United States you would...

be 6.5 times more likely to be unemployed

be 6.6 times more likely to die in infancy

be 10.2 times more likely to have HIV/AIDS

experience 5.56% less of a class divide 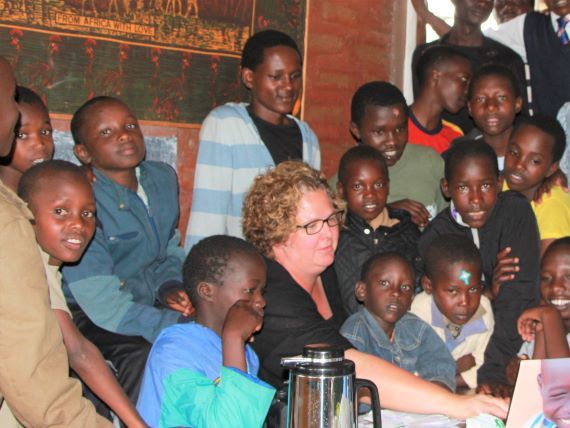 Members of the Walindwa Board of Directors have had a long-standing relationship of more than 20 years with child support ministries centered in Eldama Ravine, Kenya; a relationship that pre-dates the names Walindwa and Elma Barnett Children’s Center, Kamonong (EBCCK). Dr. Keith Edwards first traveled to this area in 2004 with a men’s missionary team from The Village Church in Rancho Santa Fe, California. Interest in the Kenyan ministry spread to Rancho Bernardo Community Presbyterian Church in San Diego and Jill Weller traveled there for the first time in 2008, followed by a year in-country. After she returned and shared her love for the children with members of both congregations, Jill took on the task of forming a charitable non-profit so that others could contribute financial support. The result was Walindwa, registered in 2012.

Walindwa conducts fund raising for a sponsorship program and for physical improvement projects as defined and administered by the Kenyan Board of Directors of EBCCK. The common focus is providing a safe environment and learning opportunities for the vulnerable children who come to EBCCK to live, having run out of options within their own families. Typically these children have been orphaned, abandoned, or live in poverty, with parents who are absent, overwhelmed or compromised by alchohol or HIV/AIDS. Without education and an environment that supports learning, the children would be consigned to a life of poverty and few choices.

A major enhancement to the EBCCK campus has been the construction and development of Elma Kamonong High School (EKHS), which serves the Children's Centre students after 8th grade. EKHS also accepts tuition-paying boarding students from other areas, who value a Christ-centered quality education. The goal of the Walindwa BOD is for the income from school tuitions to help sustain the EBCCK campus, gradually decreasing the amount of support needed from U.S. donors. 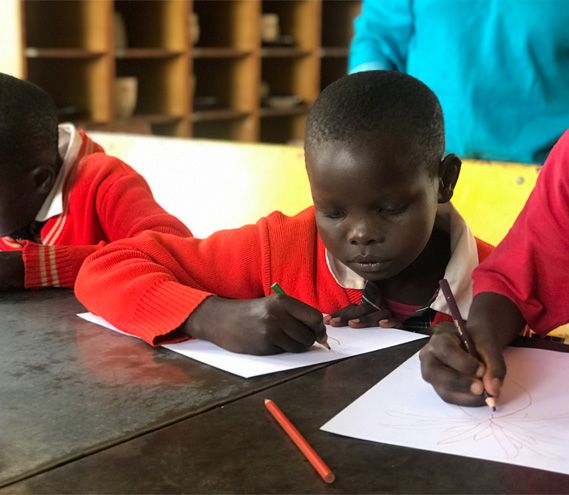 The Kenyan school system follows the British model, with schools divided into primary (grades 1-6 & 7-8), secondary (form I-IV) and post-high school. While primary students will attend a local school, national exams are given in the 8th grade and the resultant scores guide a student in selecting a high school, which may very likely be a boarding school, away from home.

All Kenyan students pay school fees, in one form or another, whether directly as tuition or indirectly as school uniforms and shoes. The inability to afford this expense is the main reason why Kenyan children leave school early and why the Walindwa sponsorship program is so critical in enabling these children to have a chance at a positive future.

In the general Kenyan system, students will test again, at the end of their form IV year, which will then determine their choices for post-high school training. The brightest students, who score well, will look at university and perhaps receive a scholarship, although the four public and ten private universities in Kenya can only accommodate less than half of those seeking post-secondary education. Other students will look to local colleges or technical schools. All of these options involve paying for food and housing, as well as tuition. Following their high school graduation, students enter a gap year, during which they live with their family, await their test scores and consider all these options while trying to determine a future course that matches their interests, abilities and financial resources.

The education process at EBCCK and EKHS generally follow this system, with a few exceptions. In primary school, EBCC uses a flexible teaching program to allow for the wide range of educational circumstances with which the children come to the Centre. Since the construction of EKHS, all of our high school students attend that school, moving into the high school dormotories along with the students who have enrolled from outside EBCCK.

A part of Eastern Africa, the territory of what is now Kenya has seen human habitation since the beginning of the Lower Paleolithic. The European and Arab presence in Mombasa dates to the Early Modern period, but European exploration of the interior began in the 19th century. The British Empire established the East Africa Protectorate in 1895; from 1920 it was known as the Kenya Colony. The independent Republic of Kenya was formed in 1963. It was ruled as a de facto one-party state by led by Jomo Kenyatta during 1963 to 1978, followed by Daniel arap Moi, who ruled until 2002. 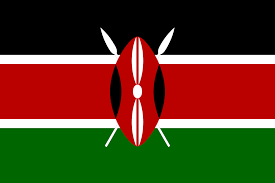 A key to the development of Kenya's interior was the construction, started in 1895, of a railway from Mombasa to Kisumu, on Lake Victoria, completed in 1901. A major feat of engineering, the "Uganda railway" (that is the railway inside Kenya leading to Uganda) was completed in 1903 and was a decisive event in modernizing the area. The railway opened up the interior, not only to the European farmers, missionaries and administrators,

Kenya has a very diverse population that includes most major ethnic, racial and linguistic groups found in Africa. Bantu and Nilotic populations together constitute around 92% of the nation's inhabitants. Kenya's largest ethnic group is the Kikuyu, who make up less than a fifth of the population. Bantus are the single largest population division in Kenya. The term Bantu denotes widely dispersed but related peoples that speak south-central Niger–Congo languages. Originally from West-Central Africa, Bantus began a millennium-long series of migrations referred to as the Bantu expansion that first brought them to southeast Africa about 2,000 years ago. Most Bantu are farmers. Some of the prominent Bantu groups in Kenya include the Kikuyu, the Kamba, the Luhya, the Kisii, the Meru, and the Mijikenda. The Swahili people are descended from Mijikenda Bantu peoples that intermarried with Arab immigrants.

Nilotes are the second-largest group of peoples in Kenya. They speak Nilo-Saharan languages and came to Southeast Africa by way of South Sudan. Most Nilotes in Kenya are historically pastoralists, and traditionally had a strong military hegemony. The most prominent of these groups include the Luo, the Maasai, the Samburu, the Turkana, and the Kalenjin.
Cushitic peoples form a small minority of Kenya's population. They speak languages belonging to the Afroasiatic family and originally came from Ethiopia and Somalia in northeastern Africa. Most are herdsmen and Muslim. Cushites are concentrated in the northernmost North Eastern Province, which borders Somalia.

Kenya's various ethnic groups typically speak their mother tongues within their own communities. The two official languages, English and Swahili, serve as the main lingua franca between the various ethnic groups. English is widely spoken in commerce, schooling and government. According to Ethnologue, there are a total of 69 languages spoken in Kenya.
According to the 2019 revision of the World Population Prospects, the total population was 51million in 2018 compared to 6 million in 1950, and around 1.7 million in 1900. The proportion of children below the age of 15 in 2010 was 42.5%, 54.9% between the ages of 15 and 65, and 2.7% was 65 years or older.
Like the demographics of Africa in general, Kenya is plagued by high infant mortality, low life expectancy, malnourishment (32% of population) and HIV/AIDS. While these concerns remain grave, a trend towards improvement is reported in the period of 2006 to 2010: Infant mortality was at estimated at 59.26 deaths/1,000 live births as of 2006, decreasing to 54.7 deaths/1,000 live births as of 2010. Life expectancy was estimated at 48.9 years as of 2006, and has risen to 64 years in 2012.

The predominant religion in Kenya is Christianity, which is adhered to by an estimated 85.52% of the total population. Islam is the second largest religion, practiced by 10.91 percent of Kenyans. Other faiths practiced in Kenya are Baha'i, Buddhism, Hinduism and traditional religions. Roman Catholicism was first brought to Kenya in the fifteenth century by the Portuguese, and was spread rapidly during the 20th century by missionaries. Today, the main Christian denominations in Kenya are Protestant confessions, which make up about 60% of the country's religious composition. They include the Anglican Church of Kenya, Africa Inland Church, Full Gospel Churches of Kenya, and the Presbyterian, Reformed, Methodist, Baptist, Lutheran, Salvation Army, and Pentecostal churches. Kenya has by far the highest number of Quakers of any country in the world, with around 119,285 members. The Roman Catholic Church makes up 20.6% of the population, about 9.7 million Kenyans.

Islam is the religion of 10.91 percent of the population. Most Muslims in Kenya are Sunni, mostly of the Shafii rite. Approximately 7% percent identify themselves as Shia and about 4% identify themselves as Ahmadi Muslims. Muslims are concentrated mainly in the Coastal and North Eastern Regions. Nairobi has several mosques and a notable Muslim population. There are large and historically significant populations of Swahili Muslims on the coast (most notably in Mombasa, Lamu and Malindi), in the Western Province, and smaller numbers of Somali, Arab and South Asian Muslims.